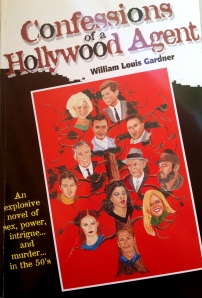 Confessions of a Hollywood Agent

Confessions of a Hollywood Agent is a novel of a Hollywood courtesan and her procurer, who rise in the film world of the 50′s and early 60′s. Clint the agent and Dorothy the Star manipulate the Hollywood Godfather, Fidel Castro, JFK, an international playboy who was the godchild of Hitler… and one another. But the plot and intrigues they devise to further their careers don’t always turn out as planned. Only an industry insider could write a story filled with such nuance about the glam and grim of Hollywood in the 50s and 60s. There is plenty of sinning in Confessions, but is there redemption? You’ll stay awake to find out. Don’t rush forward to the closing credits. They come much too soon.